CD with booklet including liner notes from Fenriz (explaining the origins of the release, the recording process, and providing some background into his influences at the time).

Isengard was the solo-project initially started in 1989 by Fenriz - one the key driving forces behind the legendary Darkthrone - due to him having many musical ideas he wanted to explore that didn't strictly fit in with the style and music of his main band.

Under the Isengard moniker, Fenriz released 2 albums encapsulating Doom, Death, Black and Folk/Viking metal in the shape of Vinterskugge and Høstmørke. Finally we welcome the third addition to this cult project.

After a period of 25 long years since Isengard’s last studio output, and having recently unearthed a set of tracks from his own archive of material recorded back in those early glory days, this new series of tracks - which were thought to be lost - follow on from some of the Metal last heard on 1994’s Vinterskugge.

Everything on Vårjevndøgn was performed and engineered by Fenriz himself. The tracks were all recorded between 1989 and 1993 at Necrohell Studios (notable for birthing Darkthrone’s classic Transilvanian Hunger and Panzerfaust albums).

Vårjevndøgn was mastered by Jack control at Enormous Door.

"END OF THE AGES", taken from the upcoming VRITRAHN-WERWOLF album.
Out in the future by Werewolf Records.

Track from the upcoming album 'Arcanes & Sortilèges'. To be released by Les Acteurs de l'Ombre Productions (CD/Digital) on November 6th, 2020.

Two songs from the upcoming album. 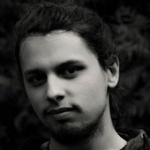